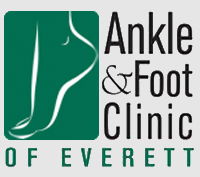 Lisfranc was Napolian's field surgeon who used the midfoot joints to amputate feet injured during the various French war battles. The joints that connect the forefoot with the midfoot are called Lisfranc joints.

What is a Lisfranc Injury?

The Lisfranc joint is a joint complex at the mid dle of the foot where the long bones called metatarsals meet the rest of the bones in the midfoot .  Injury to this joint complex involve s the ligaments and can ra nge from a sprain to a complete joint dislocation. Fractures may also occur at the same time. These

commonly occur during sports or a motor vehicle accident, but can also occur from something as seemingly minor as a misstep off of a curb or stair .

You should be evaluated by an emergency room or urgent care physician . It is important that compartment syndrome, a serious complication caused by internal pressure build up, is ruled out. Once it is determined that compartment syndrome is not present and there has been no damage to any nerves or blood vessels, it is important that a splint be applied as soon as possible to control swelling. Any lacerations in the skin from the fracture increase the risk of infection and also needs to be treated promptly.

X-rays will be taken initially and s ometimes a stress exam is performed if the injury is subtle. Because of the overlap of these joints , small fractures are difficult to identify and a CT scan is often ordered.

The majority of Lisfranc injuries do require surgery.  Several factors are taken into consideration when determining whether the best course of action is surgery or conservative care. Conservative treatment would consist of casting for approximately 12 weeks. In many cases if these joints are not surgically stabilized, they will heal in an abnormal position ( malunion ) that creates a severe deformity.

Usually these joints are stabilized and aligned by screws and pins after swelling has gone down, around 7-10 days after the injury. The recovery period after this injury is lengthy. The period of non-weight-bearing is usually about 6 weeks followed by 6 more weeks of protected weight-bearing in a cast boot. At 12 weeks after the injury , the hardware is usually removed. Release of the calf muscle (gastrocnemius recession) may be recommended prophylactically to reduce pressure on the midfoot . In some cases, these joints may be fused initially where any remaining cartilage from the joint is removed and hardware is placed across it so that the bone grows together and the joint is eliminated.  Most people will have arthritis of the midfoot after a Lisfranc injury and will likely require a joint fusion at some time in the futu re. Early surgical intervention reduces the degree of deformity and the secondary joint fusion procedure becomes much less involved. Trust the specialists at Ankle & Foot Clinics Northwest for your Lisfranc injury.

We are your Everett - Seattle area F oot and A nkle E xperts from Bothell to Everett, Smokey Point to Bellingham, Lake Stevens to Whidbey Island, and Mill Creek to Mukilteo covering King, Snohomish, Island and Skagit counties.